I saw the headline for this post and my initial thought was, “Oh, no, not more pictures.” I’ve always been fond of telling people that words are everything. Of course, as a writer, I would say that, wouldn’t I?

The idea that images can be as effective as words is not a new one. The quote, “One picture is worth a thousand words,” is from an article by Frederick R. Barnard about the effectiveness of graphics in advertising. It was written in 1921. And marketers have been following his advice ever since. But, seriously, Pinterest? Instagram? Doesn’t anyone read anymore?

Sometimes, when images take the place of words, I don’t understand the reasoning. Like road signs.

Why use this Sign A instead of Sign B? The first image looks like…well, you know. Let’s just say that ‘bumpy road ahead’ might not be your initial thought.

I have to confess that I’m really not a very visual person. I recently came back from a vacation in Maine, where we rented a house for a week. When I went to run the dishwasher, the directions consisted of a set of pictures that corresponded with numbers on the dial. I had to get my husband to figure it out. If images are processed in different parts of the brain, maybe I’m just missing that part.

So, the idea that content producers should utilize more images in place of words didn’t sit well with me. At first. The more I read, though, the more it made sense. The author is right − there is just too much content out there, and no one really has the time to read it all. Sifting through all those blog posts to find something useful can take hours. A ridiculous number of them start with a number, too. “5 examples of…”or “8 ways to…” and “3 steps to…” So many of these lists hold little real value, and people might just stop reading them. And that could be dangerous. If I write a blog post and no one reads it, does it make any impact?

Do we really even need the written word anymore? Increasingly, B2B marketers are turning to Pinterest and Instagram to reach their audience, particularly when marketing to a specific segment of the population. For instance, 80% of Pinterest users are women. That’s a pretty significant number for businesses with a predominantly female clientele. There are some interesting statistics for Instagram as well. While 37% of Instagram users are aged 18-29, another 18% are 30-49. That means that there’s a captive audience of 55% in the 18-49 demographic that just like to look at pictures. And 57% of those users check their site at least once a day. I guess people might just be tired of reading.

We know that when it comes to written content, quality is more important than quantity.

Similarly, choosing the right image is also important. And this is where things got very interesting. That first post I mentioned was linked to another post, which turned out to be yet another list. (Ironic, huh?) But this was a list about which images are most effective and why. More importantly, it discusses how choosing the right image can actually increase the value, or psychological impact, of your content.

Of course, while Pinterest and Instagram apparently have their place in the B2B marketing world, in most cases, when creating content, we still need words. Just try to figure out an infographic without them. And certainly there are times when choosing the wrong image is worse than using none at all. But if adding the right image alongside my words will encourage more people to read the content, then I guess we should consider using images to tell, or at least enhance, our story. Because in the long run, even the most well written content will be useless if no one reads it. 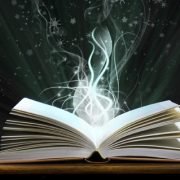 B2B Marketing: What Story Will You Tell? 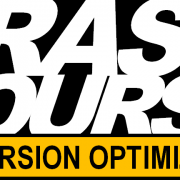 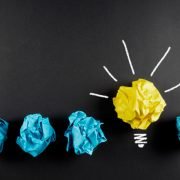 40+ Ways To Find Great Ideas For Your B2B Blog 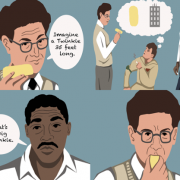 The B2B Content Marketing Fail, aka “the Twinkie Effect” 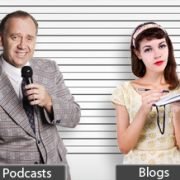 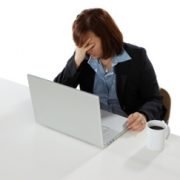