When I first started writing, there was no such thing as search engine optimization. That might be because there were no search engines. As a matter of fact, there was no Internet, not like the one we use today, anyway. Those of us of a certain age remember a time when B2B marketers used copywriters to create effective advertising for print, radio and television. You just had to be clever and write good copy. Simple.

And then the Internet went and ruined it all.

Well, not really. My first experience using the Internet to find information was eye opening. My brother, a scientist, told me how his colleagues used computers to share information with people around the world. He showed me how to do it. I was amazed at the quantity of information available, and all you had to do was use Gopher to find it.

Remember the Gopher protocol? No? Well, you know what to do, right? Just Google it!. And so it begins...

But then some brilliant marketer (just like us!) discovered that the Internet might be a good way to advertise their business. As B2B and B2C websites sprung up all over the place, search engines became essential. How else were you going to find what you were looking for? All you had to do was wade through a bazillion listings to find what you needed. The sites at the top of the list weren’t necessarily the best ones, but they did have the most instances of the search term you were using.

And THAT’S what ruined everything. Anyone could create a website and write anything at all. If you wanted people to come to your website, all you had to do was load it up with the right keywords and you go to the top of the list! That would optimize your content for the search engines, right? Well, I never saw such lousy copy. SEO was a joke. That’s what I thought, anyway.

So I refused. I was a writer first, and I didn’t want to sacrifice my creativity for SEO. I wanted to create quality content, and I believed that writing good copy was all that was (should be!) necessary. Keywords, shmeewords, And so I soldiered on, writing a variety of B2B copy for several clients and businesses. Some of those businesses faded away into obscurity. They didn’t have the business − or the audience − to maintain profitability.

When I first thought about writing a post about SEO and keywords, I was just going to attempt to illustrate my journey from hate to love. Well, not really love, exactly.

But then I came across this post, which I think, illustrates my point beautifully. The post talks a lot about Death. You know, the band?

No? You don’t know anything about the band called Death? There’s a reason for that, and it has a lot to do with compromise (or the lack thereof). The story goes that there was a band called Death, and they were good. Clive Davis, of Arista records, offered them a recording contract, but with a catch. They needed to change the name of the band.

Well, one member refused. So, no contract. The demo tape was locked away for the next 25 years. The band broke up, and two of its three members became reggae musicians. But the third − the one who absolutely refused to compromise and change the name of the band − faded away into obscurity.

Somewhere along the way, in my journey from writer to B2B marketer, I learned about compromise. I would give a little, without sacrificing creativity. I could still write good copy by using keywords effectively. It just took the right kind of education and a little bit of practice. Find the right keywords, use them well and the audience finds you. Simple. 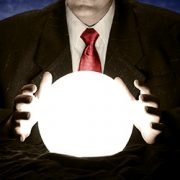 What’s the Next Big Idea in B2B? 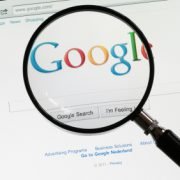 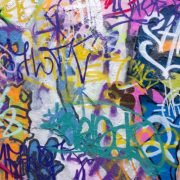 Why You Need Google Tag Manager For Your B2B Marketing

B2B Marketing: Blogs are like opinions. Everyone’s got one.

B2B Marketing: Are You Still Speaking To Us?
Scroll to top