This Week’s Memo: ‘MEDITATIONS IN AN EMERGENCY’

With Sunday came the “Mad Men” finale, tying up all (well, nearly all) of the plot threads that have been brought to a boil since the start of the season.

After a ridiculously long “previously on” segment (which generally bodes well for the prospect of an eventful episode), we join Betty at the doctor, where we learn the reason for that spot of blood she left on the sofa last week: There’s a little Don Draper smoking Lucky Strikes in her womb.

Wow. Two season finales, two surprise pregnancies. Isn’t it a little early in the series for this kind of repetition?

With the Cuban Missile Crisis providing an ominous historical backdrop, a growing sense of Cold War dread looms over the offices of Sterling Cooper. But it’s not just the threat of Soviet missiles microwaving the meat off their bones at any second that has the ad men spooked. All of them have been instructed to submit projected revenue data, which results in wild speculation as to Why. Is their advertising agency in trouble? Will staff be laid off? Did it seem like Ken missed me when I was out sick yesterday?? (That last one was from Sal.)

Since none of them knows about the big merger yet, talk quickly turns to Don’s mysterious whereabouts. Harry says he must be out there “landing a big one.” Paul thinks he’s opening an agency of his own. Others advance the notion that he’s been sent to start a Sterling Cooper branch out Californy way. All of them are equally wrong.

When she finds out Pete hasn’t told anyone about losing the Clearasil account, Peggy urges him to stop hiding the truth. Then she tells him about the baby. Just kidding. That would make her not a hypocrite.

Betty’s leaving the stables when she finds Don in the parking lot, waiting for her. He’s back from his jaunt out West. (I guess he was fired from that mechanic job for ‘heavy brooding’ and ‘excessive distraction due to constant flashbacks.’) Betty asks where the hell he’s been, and he tells her he just needed some time to think. Don finally cops to the affair, sort of, by admitting he hasn’t been “respectful” to Betty. Then she’s all, “Well now I know I’m not crazy,” and it’s cute that she thinks that. Don, reminded during his trip why he fell for her in the first place, pretty much begs to be taken back. “Honestly,” Betty says, “things haven’t been that different without you.” Oooo, Don just got burned worse than the real Don did in Korea.

Duck calls Pete into his office and asks, “What’s your poison?” only it sounds more like “HEY I’M DRINKING AGAIN DOES ANYONE LIKE ME YET?” (Spoiler alert: No.) Pete then tells him about losing Clearasil, and for the second season finale in a row, something he expects to be big news is met with a “So what?” Only this time, it’s a good thing. Duck tells Pete about the merger, and commends him for his loyalty during the American Airlines fiasco. For that, he wants to make him head of accounts. Pete asks if Don’s on board with this, and Duck says he’ll pretty much have to be, because after the merger, Duck will be boss.

Don comes back to work, greeting Joan warmly and reacting proudly (albeit unsurprised) at the news of Peggy’s new office. When he finally returns to his desk, Pete comes in and rightfully demands to know where he disappeared to during the California trip. “Did you ever think I left you there because I thought you could handle it?” Don says, which is probably BS, but the exact flavor of BS Pete was looking for. Don says he thinks Pete’s ready to move up at Sterling Cooper. Pete says “I love you, father figure of mine.” But not out loud.

At Peggy’s parish, Father Gill has taken to speaking directly to her through his sermons. He really won’t let up about this whole “tell Jesus you’re sorry for being such a harlot” thing.

You know it’s the Cold War because at the salon, women are gossiping about another lady’s bomb shelter. Betty tells Francine about the cluster of cells growing inside her uterus, and how they Must Be Stopped. Francine’s like “OMG Betty don’t do that! But if you want to, I know a guy.” Later on at the stables, Betty bounces up and down on her horse in a vaguely baby-killing manner. Not joking.

Back at Sterling Cooper, The Fellas are packed into Harry’s office, crowded around a TV set. They swear they just heard a report that the Russians fired on us. Everyone is really freaked out about this imminent nuclear holocaust, and while I know their fears are more than well founded, I guess it’s all kind of lost on me since I live in a future where we weren’t all atomized by a mushroom cloud.

Lois, banished back to the switchboards ever since Don canned her earlier in the season, tells The Fellas about the merger. Wow, all her character does are things to get herself fired. Anyway, now that they know, the guys debate what to do next. Harry points out that excessive loyalty to the old guard will likely get them ousted. Paul says he doesn’t care, he likes Sterling Coop the way it is. (Which is weird, considering it doesn’t like him back.) While not exactly noble, Harry’s mindset seems smartest. He doesn’t know it just yet, but Duck wants to focus a lot more on TV, which means Mixmaster Crane is gonna be decked out in platinum shades and an ostrich-skin bowtie next season.

Betty brings the kids to see Don at the Roosevelt. He asks her to stay for dinner, but she declines. Betty leaves them there for the night so she can take an introspective walk to Think About Things.

Betty walks into a nearby bar and orders a vodka gimlet. When she goes to pay, the bartender says the guy in the corner already took care of it, and warns that if she accepts, he’s definitely going to come hit on her. She’s like “I’ll take that bet,” and sure enough, he does. They toast to “not thinking about things,” but when he makes a move, Betty thinks about things and shuts him down.

But not for long.

He meets her back by the bathroom, where they begin to make out. Betty has daydreamed about it, flirted with it on a dark road, even played matchmaker so other people could do it, but now she’s finally cheating for reals. She says she’s married, then pulls him into what looks to be the world’s most comfortable public restroom. They fumble with their clothes, then have sex, and Betty appears momentarily satisfied with her revenge.

Father Gill comes to see Peggy and annoy her further. He keeps telling her she’s going to burn in hell forever, and that he believes he was sent to the parish to save her, which makes him kind of like a religious Terminator.

– “Come with me if you want to afterlive.” 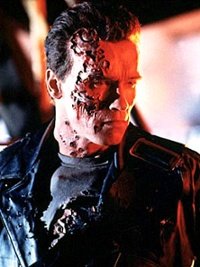 Pete goes to Don and reveals Duck’s plans for the merger. He’ll become president of Sterling Cooper with full say-so over creative, essentially making him Don’s boss. Don thanks Pete for the warning. Pete throws himself a miniature party inside his brain.

At home, Betty gets a letter from Don that he wrote while watching their children play in his hotel room. And in typical Draper fashion, it’s basically a “sales pitch” to win back the “business” of his family. (GET IT?) The plea for forgiveness is at least half as eloquent as his Carousel speech last season, and it makes Betty cry. Count it.

At the office, all the major players in this merger (Don now included) are gathered round a table to finalize it. The British buyers announce that Duck will take over as president, and he launches into a speech about all the things he wants to change. Don congratulates him, adding that if that’s the case, he quits.

As Duck protests the surprise move with an inappropriate level of anger (fueled by his rediscovered passion for drinking on the job), Don walks calmly out of the room. He’s used his own worth as leverage against Duck’s, and the coolest part is that he doesn’t really care what happens next. Informed by Joan that his wife called and wants him home, Don leaves the office a winner. In his wake, Duck predictably implodes, giving a pathetic first impression to his new bosses.

Pete tells Peggy to stay late and have a drink with him. Apparently he has something he wants to get off his prepubescent bird chest. “Can I tell you the truth?” he says. “You make it so hard.” Then he launches into a misguided monologue about how Peggy really “knows him,” and how he wishes he’d picked her on that magical night in her crappy apartment with her roommate listening a few feet away. He tells her he loves her, and that wants to be with her. And with Father Gill on her shoulder, Peggy finally tells him about the baby. She also tells him that she “gave it away,” neglecting to add, “to my sister, whose place I hang out at all the time.” After her confession, Peggy leaves Pete in stunned silence.

We close with another Character Montage, which has become a pretty popular device on this show, though still effective. We see Peggy in bed, finally at peace with God, and Don coming home to excited children. This time it’s Pete who’s doing the brooding, sitting in his darkened office with that rifle (the one he bought upon returning the Chip n’ Dip) between his legs.

In the final scene, Betty tells Don she’s pregnant. The camera pulls out, just like Don should have done when they had sex.

All in all, I thought it was an effective finale, if a tad predictable. Don’s power move in the merger meeting was most definitely the highlight.

Don’s bombshell
“I don’t have a contract.”

Check back next week, when I’ll take us back to the beginning of season 1, and begin recapping and critiquing each episode from the pilot on.

See you next week.