Every year around Super Bowl time, I recall the ’84 championship and the debut of the now famous Apple Macintosh ad “Why 1984 won’t be like 1984.” That year, I was huddled with friends and coworkers rooting for the LA Raiders and anticipating the ad that would change Super Bowl advertising forever.

Back then I was a junior member of the print production department of Chiat/Day in Los Angeles, the ad agency that produced the campaign that introduced the Apple Macintosh. Our leaders, the brilliant creative team of Jay Chiat, Guy Day, Lee Clow, along with a host of gifted innovative visionaries, pre-screened the 60-second spot to a dropped jawed, round-eyed and howling staff. We were all so proud and somehow knew we were witnesses and participants to advertising history. 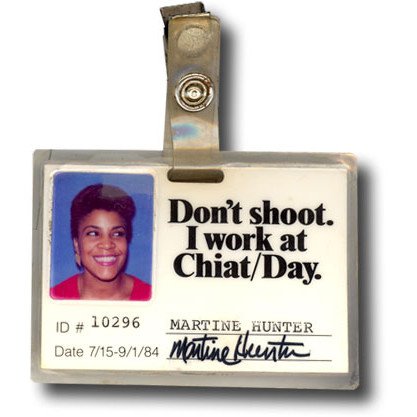 We weren’t strangers to the burgeoning, way-out-there creativity that came out of our shop. The marathon brainstorm sessions, shouting matches and “meetings” on the fire escape birthed award winning campaigns year after year. To work at Chiat/Day you had to work long and hard. A t-shirt emblazoned with “Chiat/Day & Night” was my first uniform. We were expected to embody the shirt’s adage physically and mentally. A later t-shirt said “Good enough is not enough,” a challenge Lee Clow demanded of the entire staff every single day. That maxim is embedded in my DNA.

In the ‘80s the Chiat/Day offices were housed on the second floor of the classic marble and brass downtown Biltmore Hotel. Leading up to the ‘84 Los Angeles Olympic Games the International Olympic Committee coincidentally selected the hotel for its temporary headquarters and demanded fingerprinting and background checks of all employees and permanent residents for security. Knowing the proclivities of some of its prized creative staff, our leaders knew this could not happen. In a legendary and infamous showdown, Jay, Guy, and Lee confronted the IOC and came up with a compromise. The leaders personally vouched for our staff and would have us clearly identified. We all received numbered badges with our names that read “Don’t shoot. I work at Chiat/Day.” In a jibe to the official IOC officials, the back of the badge read:

“This is an official badge of Chiat/Day, issued at the official request of the official 1984 Olympic Committee to officially identify official Chiat/Day employees and official clients.”

Additionally Lee, in an even bolder stance, handed out camouflage colored t-shirts with the same “Don’t Shoot” message. Because of the military presence (with combat boots, high powered rifles and all) I was too chicken to wear the t-shirt when the IOC moved into the Biltmore, but I wore my badge proudly every day of the Games. It is one of my most cherished keepsakes of my years at Chiat/Day, a super place to work.

All these years later, I still recollect with fondness my experiences and dearly miss the friends I made at Chiat/Day. So, I was saddened to hear about the passing of Chiat/Day’s co-founder Guy Day last month. I remember him as the quiet force within the creative leadership team. Guy wore the suit and tie, Jay wore the open collar and loafers, and Lee wore jeans and Birkenstocks. As the agency president Guy Day was a major force in winning new business, and win we did. He was a super guy.

A New Curve in the B2B Marketing Loop

B-to-B Marketing is an Endangered Species
Scroll to top