When I was a kid, there was a TV Western starring the famous character actor Walter Brennan, called the Guns of Will Sonnett. His catchphrase throughout the series, one that came up in conversations with outlaws, gunslingers and barmaids in almost every episode was,” No brag, just fact.”

As they searched the West for his lost son, he would introduce his grown grandson as follows: “The boy’s pa’s fast, the boy’s faster, and I’m faster than both of them. No brag, just fact.”

That’s how I feel about our team at MLT Creative, except for the part about me being the fastest.

We were proud to once again be winners at the prestigious 2011 AMY Awards held March 24, 2011, in Atlanta. For several years in a row, we have received the award for Best B2B Integrated Marketing Campaign, and this year we also took home top honors for Best Event Marketing Campaign  Under $100K.

This event was held in the Egyptian Room at one of Atlanta’s most classic venues, The Fox Theater. Many top agencies and their clients consider it a can’t-miss event, and it always allows for plenty of time to socialize with the competition. I know a few of the other agency owners and consider them to be very challenging competitors, and some are good friends.

The agencies, like us, that focus on B2B marketing are fortunate to have some of the most desirable accounts in the world. Atlanta is home to many global B2B giants as well as innovative startups. This competition is meaningful because it’s judged based on strategy, creative and especially, results.

I sure enjoyed the evening and, as you’ll be able to see from these videos I shot from our table, so did the others from our team. On stage you’ll see Sarah Young, Kelly Pires and Dave Morris. Kelly was on stage for our entry for The @B2BTOTY Awards (The B2B Twitterer of The Year), for which we were a finalist.

And if you would like to get a look at the work itself, I’ve included what we call our Quick Study Case Studies too. Here they are: 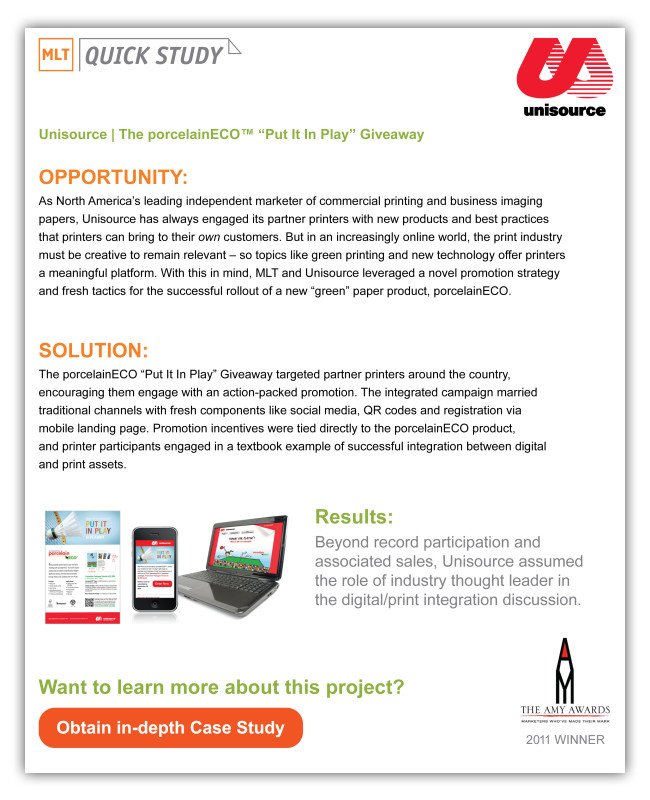 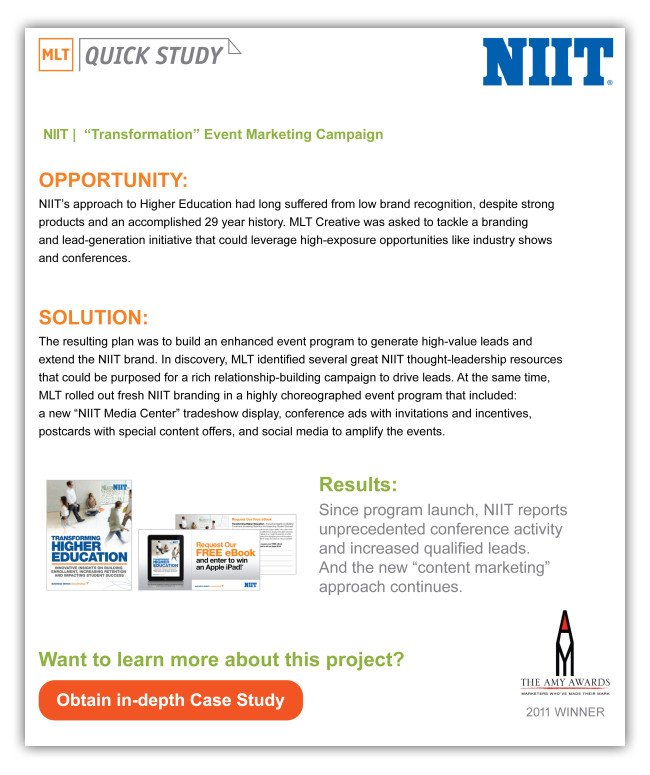 I hope you’ll pardon my pride as I proclaim, We’re the best there is. No brag, just fact.

But enough about us. I’d like to hear about the professional accomplishments you’re most proud of. It’s OK to brag a bit sometimes, isn’t it?

Is Your B2B Campaign Average or Exceptional?